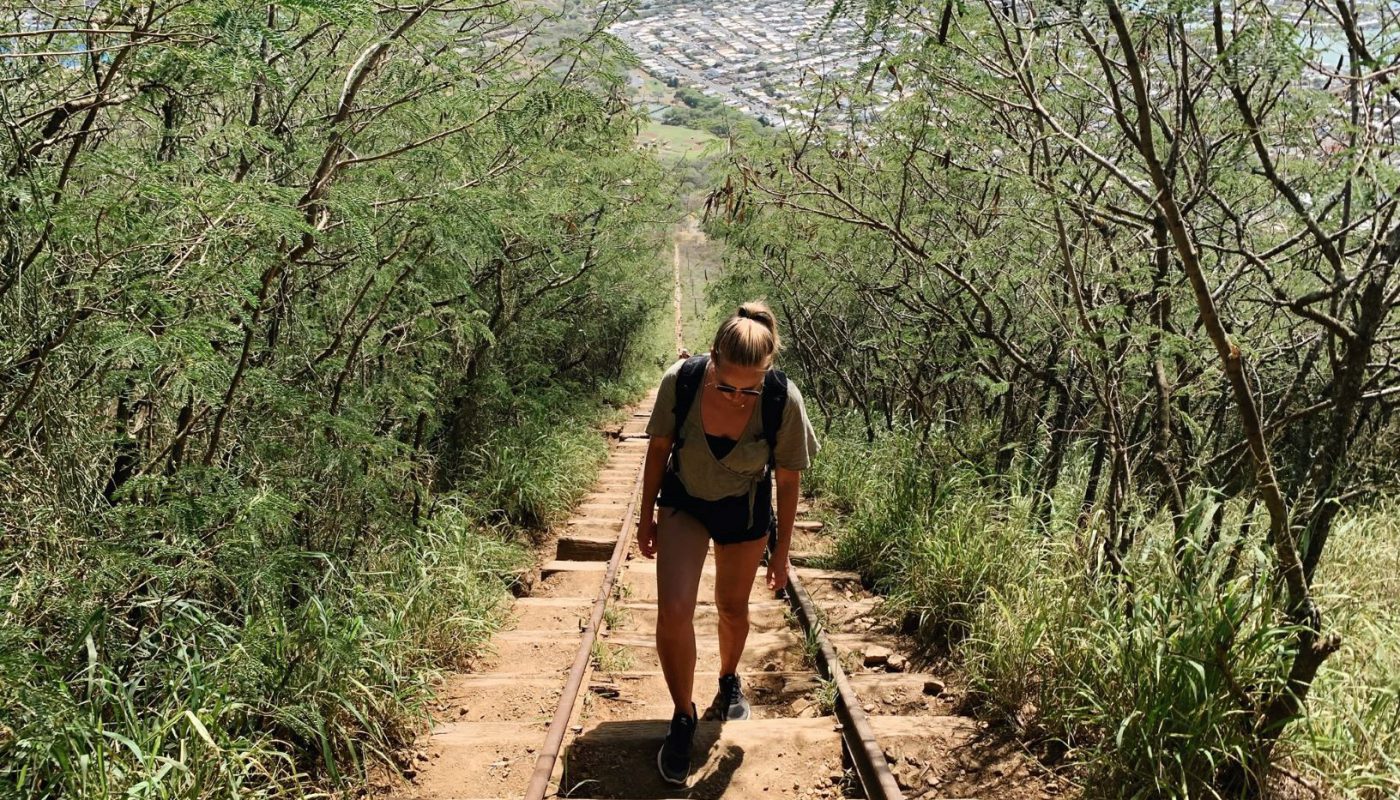 I kickstarted my travels in Hawaii with a hike in Oahu, the Koko Head trail. (OK, I admit, I first visited some beaches and then did the hike, haha). The trail, also called the Koko Crater trail, takes you up to the top of the Koko Crater. And not in just any way. You walk along an abandoned rail used for military purposes. Both really awesome and really tough, because it’s over a thousand steps to the top. Talk about a workout!

History of the Koko Crater

The Koko Crater is a part of the headland Koko Head, which can be found in the greater Honolulu Volcanics. During WWII, the military created pillbox bunkers on the top, as well as a long rail to transport supplies. Today, the rail is no longer used for its original purpose, but rather by many people as a hiking trail. And let me tell you, it is intense. Also: who ever looked at that rail and thought it’d be fun to climb?

A thousand steps to the top

In all seriousness though, I must admit I underestimated the hike. Sure, a thousand steps sounded like a lot and from the bottom you could see the incline getting steeper as the trail progressed, but still, they were steps, right? Although it wasn’t the toughest hike I’d ever done, by far, it was still harder than I’d expected.

The first hundred or so steps are very doable. After that, I slowly noticed that the steps were getting harder. Still, the first half of the track isn’t very difficult. That changes about midway, where the climb gets much steeper. There is even a point where there is a big gap between the rail and the rocks beneath it, so hikers have to make their way through it solely based on balance. Luckily, there is a safe detour, which I gladly took.

The incredible views of Koko Head

I’m not gonna lie, the final part of the Koko Head is quite a struggle and you’ll see people resting every twenty steps or so. Plus, the whole adventure gets harder as people are making their way down simultaneously. However, the view is so worth it! When you climb all the way of the top of the crater, you get an amazing 360 degrees view over the city, mountains and ocean.

After enjoying the view for a while, we started making our way down again. This was challenging in a whole different way, as you had to make sure to place your foot on the steps in the right way and avoid slipping away. One of the fun things about this hike, though, is that you see your destination ahead of you the entire time, albeit in the distance. It really is motivating to see the final steps getting closer and closer until finally, you’ve reached the bottom again.

My tips on hiking the Koko Head trail

Although the hike was doable for me, it did get exhausting at certain points. So, I’d definitely recommend taking into account the following things before doing the hike:

Other than that, the Koko Head trail is very well accessible. There is a parking lot closeby the start of the hike. All in all, the hike was challenging but also a lot of fun to do. I’d definitely recommend it when visiting Oahu. Let me know if you do try it and what you think of it! 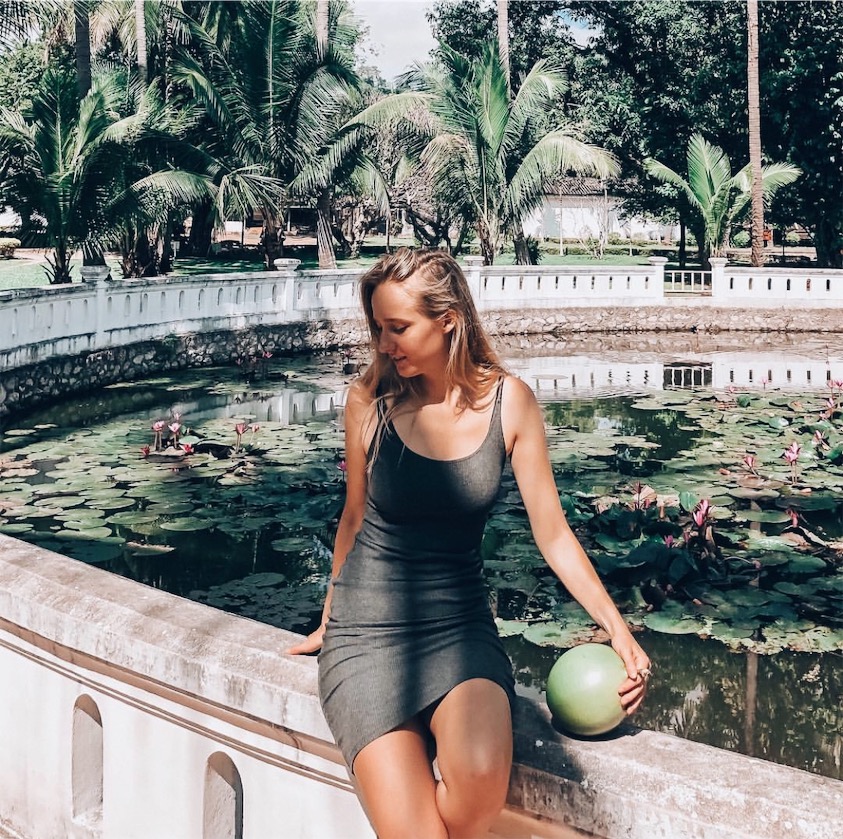